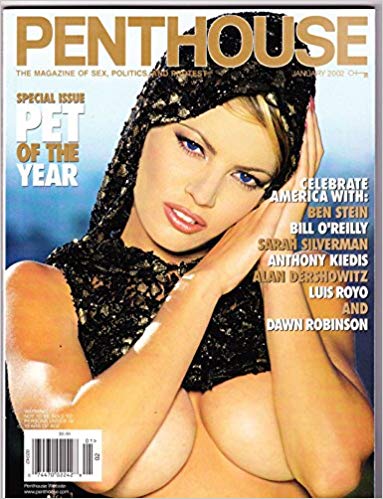 One of my favorite jokes is “As the Dow Jones goes, so do men’s erections.” In fact, it’s also true. If a guy’s finances boom, his confidence may well blossom in the bedroom. But if his portfolio slumps, his sexual performance can similarly go bust.

It’s no wonder I was amused to hear about the “stock market orgasm” and a book of that title. So I called the author of Stock Market Orgasm (Peters Publishing), California sexologist Ava Cadell, for some insider tips.

“The Stock Market Orgasm mimics the rhythm of a healthy economy,” Dr. Cadell told me. “This means a repeat cycle of a high followed by a slight dip, climbing back higher, only to be followed by another slight dip that rallies into another rousing high that generates bullish excitement.”

Lovers who get in and out quick, going for the instant thrill like short-term investors, are not as highly rated as those willing to commit like money managers focused on the long term. “While day players, like quickies in sex, get a big rush and are okay from time to time, it’s better to start like a bear with a slow build-up in sex,” says Dr. Cadell. “That ensures a great return with a bullish bang in the end.”

Pull back again by feeding each other favorite sensual snacks (grapes, strawberries dipped in chocolate) or feather-stroking each other’s face and chest. Then go for broke again. Implode all five senses. Display and sniff your bodies, taste each other’s mouth, moan loudly, rub sexual organs.

In another “markdown,” blow warm breath on each other’s most erogenous zones and then rub ice on those areas (giving a new spin to “blowing hot and cold”).

“Limit up” by asking her to hit your “H-spot”-the prostate gland, usually called the “male G-spot,” but which Dr. Cadell renamed the “Hero Spot.” I approve of the hipper and more appropriate term, since it takes a hero to allow a woman’s finger inside your anus. The less brave can direct her digit to that landing strip between the anus and the base of the scrotum.

As a psychologist, I’m always amused to hear TV analysts mention the psychology of playing the market. I agree. Emotions are a major factor. A man has to react to market reports (where shares are soft or flaccid) in the same way as to his erections: without fear. Despite the day’s net gain or loss, put it all behind you at the closing bell and approach the next day’s activity wiser and with renewed enthusiasm and confidence.