Skip to content
What Are Your Sex Goals For 2005 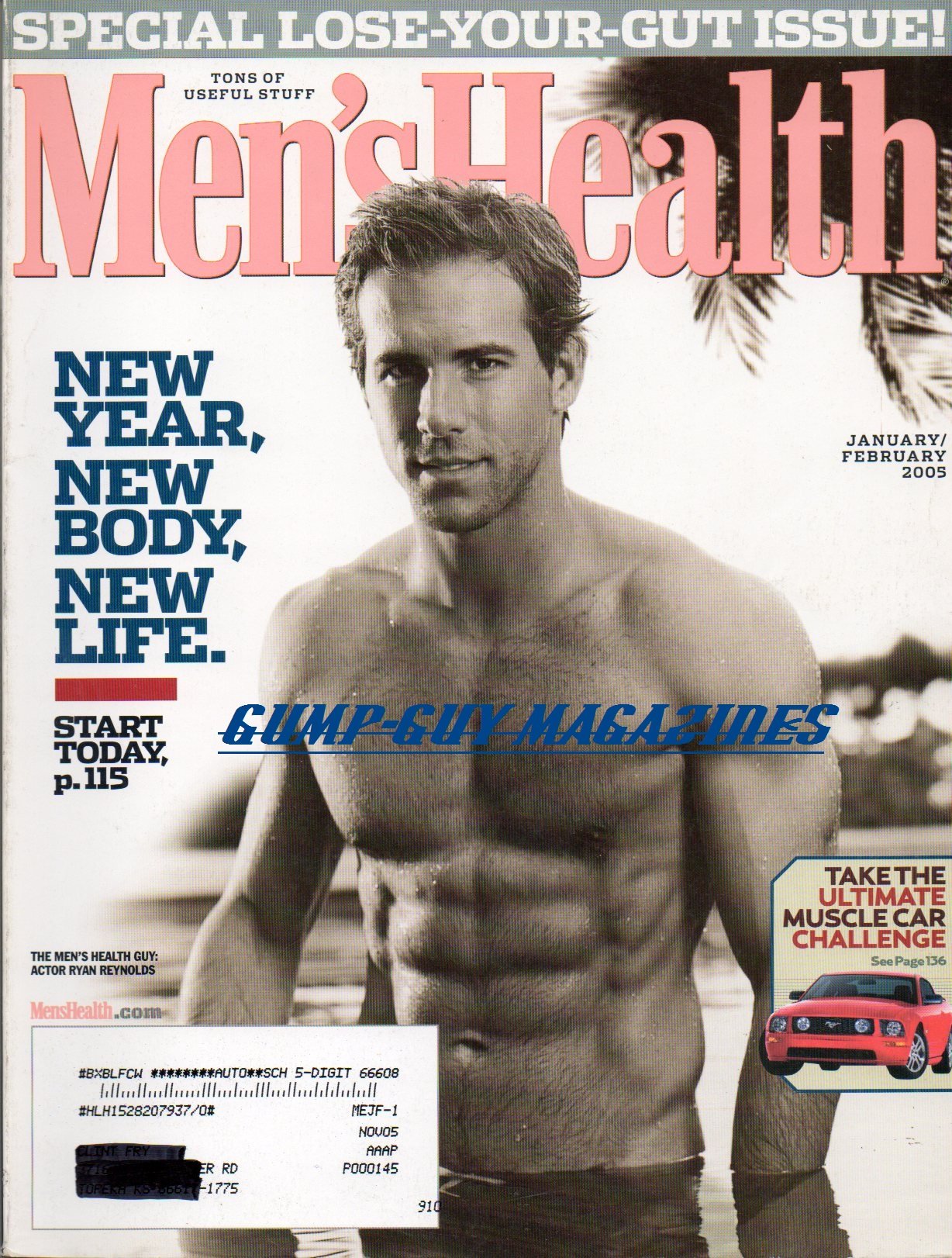 What are your sex goals for 2005?
Are you getting the sex you deserve? Keeping her satisfied? How can you improve?
Start by taking our test. SEX, GET SOME, GET MORE, GET BETTER
by Ted Spiker

1. When you initiate sex, you’re most like…
(a) Babe Ruth: I strike out now and then, but I’ve hit a ton of home runs.
(b) Tom Brady: I complete every pass.
(c) The guy at the end of the bench: I get very little playing time.

The average guy has sex about twice a week if he’s married – a little less often (once) if he’s single, a little more (three times) if he’s single but shacking up. If you’re not hitting your number, work on your approach. In a University of New Orleans study, nearly 70 percent of men reported that when they initiate sex, they overestimate their partners’ desire to get it on, most likely because they think women are like gas grills: Flick a switch and they get hot. Talking to her – about work, family, the news – is the greatest aphrodisiac for a woman because it established a bond of sharing that she equates with romance. To you, it’s conversation. To her, it’s intimacy.

2. Your job most closely mirrors…
(a) Office Space: same tasks over and over
(b) Mission Impossible: dangerous
(c) The West Wing: stressful

You’d think stress would be as deflating to a sex life as a littler of puppies in the bedroom. But a stressful job (or even a dangerous one) involving some level of competition, as in law of sales, can actually improve it. “Real competition can drive up testosterone, which boosts libido,” says Helen Fisher, Ph.D., author of Why We Love. “Being amped up by a high-powered, high stress job is more likely to make you more sexually active” than idling in a cushy, low-key career. If work doesn’t fire you up, seek a testosterone jolt in a recreational sports league. Men who get game increase testosterone levels by 15 percent, according to a Pennsylvania State University study. Even better, make her your steady doubles partner.

The same study showed that women increased their libido-regulating testosterone by 40 percent during competition.

3. The most common sound to come from her mouth during sex…
(a) Laughter
(b) A breathy moan
(c) A stifled yawn

A Kinsey Institute study found that nearly one-quarter of women reported some distress in their sexual relationships in the preceding month. One of the most common auses of dissatisfaction: boredom. “The common denominator of satisfied couples is that they’re very playful,” says sex therapist Ava Cadell, Ph.D., author of the Pocket Idiot’s Guide to Oral Sex. My definition of sex is adult play. It should be fun and recreational. You should laugh and release all those pleasure endorphins. A sense of humor is an essential ingredient in great sex because it takes pressure of performance.” Toys = instant play. Shop together at a toy store (the kids’ kind) for playthings you can bring into the bedroom. Imagine the possibilities with washable pain, masks, water pistols, and toy handcuffs.

4. On a typical night out, we…
(a) Go to one of our two favorite restaurants and hit a movie afterward
(b) Decide in the car
(c) Our babysitter has too active a dating life for us to have one, too

The average man’s sex life stays the same or even improves once he ties the knot. To ensure this outcome, do what good pitchers do – throw changeups into your nightlife at least once a week. “Novelty is good for sex, and I don’t just mean novel sex. Novelty in your social life, . “Fisher says. It can be as simple as skipping dinner to play miniature golf or listening to a live band instead of the car radio. Anything that makes the start of your date less predictable can change up the ending, as well.

5. Quick: List all of your partner’s pleasure points. How many did you come up with?
(a) Two or more
(b) Five or six
(c) Hold on, I’m still counting

A man should know at least 10 hot spots on his partner’s body that drive her wild, says Dr. Ava Cadell. Not knowing is a sign that you might not have enough colors on your palette to paint a sexual masterpiece. Simple technique – a kiss around the earlobe, a stroke between her toes – will help you find them. “Before you try to experiment with wild positions, be the best student of her body that you can be,” says Gloria Brame, Ph.D., a sex therapist and author. To find more spots, slow down your kissing, feeling and touching so dramatically that it barely feels as if you’re moving. “It’s all about slowing down to find where she’s receptive.” Brame says.

The way a woman feels about her body correlates with how inhibited she feels in bed. Sure, complimenting her shoes validates her taste, and saying something about her eyes reinforces her beauty. But praising her most guarded body parts – butt, thighs, waist – may be more important to your sexual satisfaction. “Women spend their lives trying to look good for men,” Fisher says. “So a woman who feels she’s sending the right visual signals is pleased with herself.” The very best time for a “nice ass” shout-out is when there’s absolutely no chance that you’ll be having sex soon, like before you walk into her parents’ house for Sunday brunch. “It’s a gift to compliment her outside of the bedroom,” says Fisher. Praising her body at times other than when there’s a bulge in your pants reinforces your sincerity.

Only 30 percent of women can climax through intercourse alone; most also need direct clitoral stimulation, as evidenced by the fact that it takes women an average of 4 to 6 minutes to climax when they masturbate and 10 to 20 minutes during intercourse. “Making love with one’s penis is like trying to write calligraphy with a thick Magic Marker,” says Ian Kerner, Ph.D., a clinical sexologist and author of She comes first; The thinking mans’ guide to pleasuring a woman. “The tongue is mightier than the sword.” Assure your partner that going down on her turns you on, and consider the virtue of the flat, still tongue, which she can move against to climax.

The minimum duration of sex – including seduction, foreplay and intercourse – should be about 30 minutes. If you’re not quite there yet, build up your sexual stamina by aiming to make each sexual encounter a few minutes longer than the one before. Research shows that the average man lasts about 14 minutes during intercourse, but you don’t necessarily have to go that long to satisfy her. For every 30 minutes of sex, only one-quarter to one-third of the time should be spent on actual intercourse, Dr. Ava Cadell says. This leaves plenty of time for the other things she likes – decoupage! – and you won’t feel as if you’re being clocked.

Foreplay lasts an average of 12 minutes, and women would like it to go on for an average of about 18, according to a study by the University of New Brunswick in Canada. But that doesn’t mean you can take the express lane sometimes. One quickie a week is a significant sign that your relationship is strong – and that your partner understands your sexual needs, says Dr. Ava Cadell. If she’s nice enough to understand how much you need the 1-minute variety, reciprocate with the 1-or kind (or at least the 18 –minutes-pf-foreplay kind).

54% of men want to spend more quality time with the missus.
79% want some of the quality time to be in the sack.
32% want to have fewer arguments.
14% would settle for fewer “big discussions.

You’d think erections would be like martinis – the stiffer the better. . “The theory is that it should be rock hard, but if it’s hard enough for penetration, it’s probably okay,” says John Pryor, M.D., a professor or urologic surgery at the University of Minnesota and a Men’s Health advisor. The best time to do an erectile self-check is first thing in the morning – when the smooth muscle around the penis is relaxed, allowing blood to engorge it. If you wake up with a limp biscuit, it could be a sign of poor blood flow or low testosterone.

. “High blood pressure is an important cause of arteriosclerosis – and arteriosclerosis blocking the arteries to the penis may be the most common cause of erectile dysfunction,” says Thomas Lee, M.D., a professor of medicine at the Harvard medical school. Get your BP checked at least once a year. Losing weight and exercising will lower your blood pressure, as well as your body-mass index (BMI), another important number to know. (Calculate yours at www.MensHealth.com/BMI ). In a 2003 Harvard study of more than 30,000 men, guys with BMIs over 29 had more than a 30 percent higher rist of ED than did men whose BMIs were less than 23.

13. If your fantasy is for you to play Justin to her Janet, would you…
(a) Wallpaper her computer with the photo of their “wardrobe malfunction
(b) Slip the idea into conversation between the meat loaf and mashed potatoes
(c) Buy a tear-away breast flap and nipple ring, and leave them under her pillow

Healthy couples share information on what they like and don’t like. “You don’t have to spend hours talking about your sex life,” Brame says. . “What’s important is sharing with your partner something that’s deeply intimate.” Fisher suggests talking at a safe, nonsexual time. Women get intimacy just from talking, and this way, she won’t feel pressured to perform right away – and that can make her more willing to put on the malfunctioning wardrobe another time.

When men and women are younger, they tend to have more sex, but the quality increases with age. “As she gets older, she’ll lose a lot of her inhibitions and become more comfortable with her body,” Brame says. “And that’s probably the single most important thing in sex – felling at home in your own body.”

Button-up pajamas send the message that she’s not ready for sex. But sleeping in the nude doesn’t necessarily indicate sexuality, either. The true green light: when she’s giving some thought to what she wears – because that implies an element of seduction. Whether it’s lace or a tight T-shirt, spending some time and thought preparing for bed is a sign that she’s more open to sex. If she’s a flannel gal, you can’t quickly turn her into a garters-and-see-through-nightie fan. Start slowly: Buy her a pair of flannel boxers and a cotton tank top. She feels the comfort: you see some skin.

16. When was the last time you had sex some-place other than the bedroom?
(a) Last month
(b) Last Saturday
(c) Last girlfriend

. In fact, you should always be striving to learn new techniques to satisfy her, like this one: Multitask while giving her oral sex. Lick her clitoris, stimulate her G-spot with one hand, and brush your other hand all through the intimate terrain of her butt. “If you can do that,” Dr. Ava Cadell says, “she’s never going to let you go.”

22 to 35 points: Bedroom for improvement. (And don’t come out until you get it right).

10 points or less: You’re no Colin Farrell. Poor scoring here means you need to smooth out your game.

5 points or less: It’s a poor workman who neglects his tools.

5 points or less: Enjoy yourself, man. Start by asking for what you want. It’ll help her open up, too.