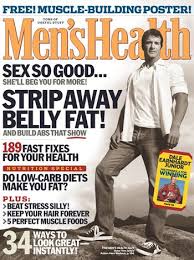 It’s an enigma as enduring as Mona Lisa’s small, knowing smile: Sometimes meek women turn wild in bed; sometimes they just lie there, waiting to inherit the earth. Sometimes the chestnut filly with the riding crop turns out to be all packaging; sometimes she’s as thrilling as the signs indicated she’d be.

It made me wonder: Is it possible to reliably predict what a woman is like in bed? The love scientists say yes—sort of. “It’s very hard to gauge,” explains Helen Fisher, Ph.D., an anthropologist at Rutgers University and author of Why We Love, a new book about the nature and chemistry of romantic love. A woman’s high heels, short skirt, and follow-me walk mean little. “Those are signs of intention. But they are not signs that this person is actually good in bed and is compatible with you.”

So, besides that old cliché about how she dances, what signs can a man go by? Start with these.

SHE SUGGESTS THAI FOR DINNER
Beware the “I-don’t-know, what-do-you-want-to-do?” camp of passive babes. A woman who knows and says what she wants, even when answering a mundane question, is more likely to be assertive in bed. Good lovers take responsibility for their pleasure. They remove a lot of the guesswork.

. “Human tastes in bed are just as varied as tastes in food,” Fisher says. . “A person may like Japanese food but hate pizza. Some women what their nipples chewed on; others need you to be more delicate.” Today’s women aren’t shy. “In the past, women didn’t get to sleep with enough men to know what they liked,” Fisher says. “But now, women are becoming more experienced and more demanding.”

SHE EATS IT UP
Take note of how she handles her food. “Watch how she uses her fork. Does she enjoy things? Is she sensuous? Is she poky and grabby?” says Candida Royalle, a producer of femme-friendly adult films and a veteran adult-film star. “If someone eats slowly, it’s likely that they like to make love for a long time. I’m one of the slowest eaters I know.”

SHE SCREAMS…FOR COFFEE ICE CREAM
You may find the perfect lover by comparing tastes in ice cream, says Alan Hirsch, M.D., a neurologist and director of the Smell and Taste Treatment and Research Foundation in Chicago. Researchers call this “ice-cream hedonics.” Dr. Hirsch conducted a study of 720 people, ages 24 to 29, in which her correlated personality tests, their favorite ice-cream flavors, their partners’ favorite ice creams, and relationship status. Coffee-ice-cream lovers—found to be dramatic, seductive, flirtatious—are most romantically compatible with strawberry fans. Vanilla gals (emotionally expressive and fond of PDA) melt best with rocky-road guys. And mint-chocolate-chip fans are meant for each other.

SHE TALKS LIKE YOU
There’s a scene in Broadcast News in which William Hurt tells Holly Hunter that listening to her talk in his earpiece while he was on the air was “like great sex!” See if you get a similar buzz from your potential bedmate. “The first thing to look for is mirroring of verbal behavior and pace,” explains Michael Cunningham, Ph.D., a professor of social psychology at the University of Louisville. . “That is, if her pace and her nonverbal behavior match yours, her sexual behavior, which is also nonverbal, will also likely match. If one person seems really slow moving and the other person seems fidgety, they’re going to have different sexual paces. “If somebody says something and the other person goes on to another subject,” he says, “they’re not tuning in very well. They probably won’t tune in during sex, either.”

SHE KNOWS WHO SID VICIOUS IS
“Young women often aren’t relaxed enough to have an orgasm,” Fisher says. Older women know what they like and will tell you. “They realize that if they have frequent orgasms, it’s better for the man in the long run.” At menopause, “levels of estrogen recede, unmasking the power of testosterone,” Fisher says. . “This allows women to be more assertive and demanding, and many of them become more interested in sex.” Sure, Ms. Keaton, we’d love to see your golden globes!

SHE GIVES GOOD LIP
“The way you kiss says a lot about how you make love,” says Ava Cadell, Ph.D., an L.A. based sexologist and author. . “I call kissing ‘facial intercourse.’ It’s not just using the lips; it’s using the entire body. If she uses her hands on you and presses her breasts into you and moans and groans, she’s going to be a great lover. The best female lovers also create sexual anticipation. They start with baby kisses, and then maybe lick your top lip and suck your bottom lip, and as they’re doing that, they play with your hair, or put your hands on them. It’s sort of like a dance.” Speaking of dance…

OKAY FINE: SHE’S A GOOD DANCER
As I was researching this article, every single friend I asked suggested looking for a good dancer. I was reluctant to include this. I’m married to a dancer, and I gate the implied nudge I get when a guy finds out what my wife does. Second, I dreaded asking a respected anthropologist, “So, if a chick is a good dancer, will she be, like, a dynamo in the sack?”

Fisher didn’t flinch. “There is a certain amount of dance to copulation. And dancing is energetic, which suggests someone who’s in good shape,” she said. “But I think what’s really going on is that dancing indicates someone who’s social and self-confident.”

I’m so relieved. All those guys fantasizing about my wife are really thinking, Wow. Check out the self-confidence on her!