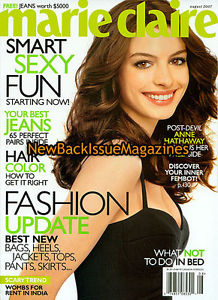 Made In Britain
These British women moved to California searching for a new life filled with sunshine, celebrities and success. Lucy Broadbent finds out if they’re really living the dream.

Dr. Ava Cadell, 49 grew up in Finchley north London. She is now a sex therapist, founder of Loveology University, a TV presenter, radio host, lecturer and author of seven books.

What brought you to L.A.?
I never wanted to come to LA. I was afraid of earthquakes and I’d heard about the ‘casting couch.’ But I wasn’t happy in Britain. I’d had a fair amount of success there as an actress and model, but I never felt like I really fitted in.

Are you living the dream?
I guess you could say that I’m the Hollywood dream-come-true: I came with nothing and now I have a house in the Hollywood Hills next door to Paris Hilton’s and another house on the beach in Malibu, and I drive a Mercedes. I’m not going to lie and say that I don’t enjoy living a luxurious lifestyle.

What’s your LA. story?
My success hasn’t been through acting although, initially, I did quite well. I appeared in TV series like Dallas and The Love Boat, and used to get a lot of fan mail with questions about sex and relationships. People thought because I looked sexy, I had all the answers, which I didn’t. That was the catalyst for me going back to college. After I got my doctorate, I opened my private practice and wrote my first book, Love Around the House, which got me onto every TV chat show. Suddenly, I’d found my mission – teaching people about healthy intimacy. People come to me broken, and they leave fixed. I love that. I love helping people.

What’s the worst thing about LA?
It’s filled with misfits. I have such a variety of clients, from celebrities to transgenders. I even have a client who is deeply in love with his dog.

And the best?
I don’t believe that I would ever have achieved all of this in Britain. In America, you can be and do anything that you put your mind to.