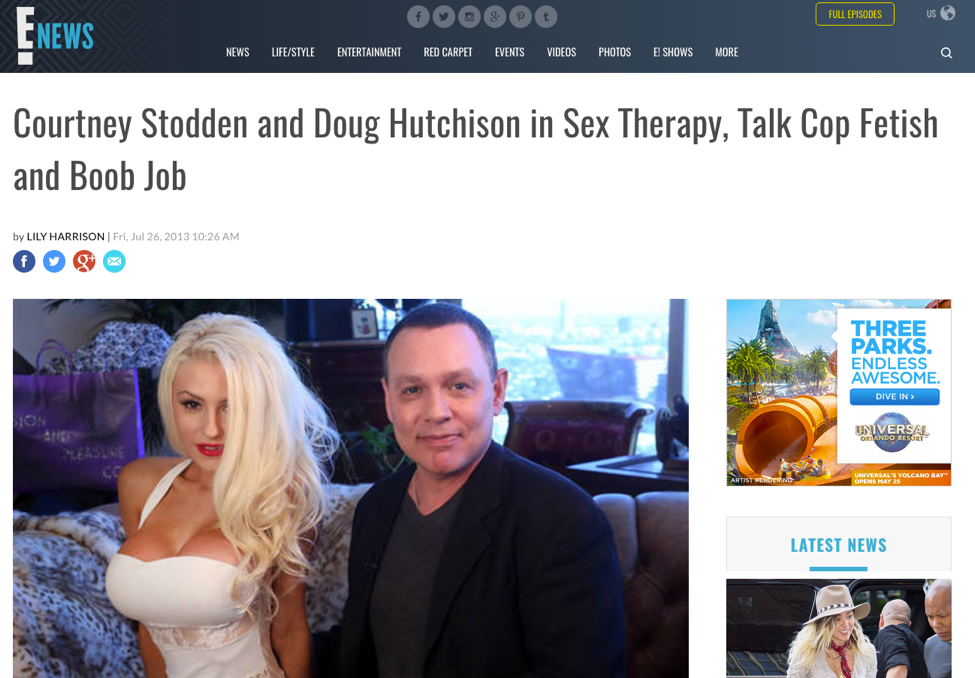 Courtney Stodden and Doug Hutchison are teaming up with Dr. Ava Cadell for her Passion and Pleasure Program—an eight-week course aimed at increasing communication and intimacy in relationships.

Doug said that they chose to enter the program, because they’re “interested in keeping our marriage and sex life stimulated and starting now instead of waiting until it plays out.”

The couple shared some candid facts about what goes on in the boudoir and opened up about how they’d like to improve their relationship.

Courtney revealed that while they used to have sex “once a day,” things have seemed to slow down a bit. “Two years later, it’s once a week,” she said. Doug, laughing, chimed in by adding, “sometimes twice!”

“When we come together it’s beautiful, and I just want more of that,” he further explained. “It’s extremely passionate, it’s not like wham, bam, thank you ma’am!”

When asked about her fetishes, Courtney admitted to having a thing for men in uniform.

“I have a cop fetish, I love cops and I would love it if [Doug] would do his sexy cop getup and arrest me and throw me in his prison for the evening!”

Courtney also explained how her latest accessories, surgically-enhanced breasts, have taken a bit of getting used to in their marriage.

Doug interrupted by saying, “You’re coming to accept it. Admittedly, I had to get used to the extra size that was between us, but in a way it was kind of a turn-on because it’s Courtney.”