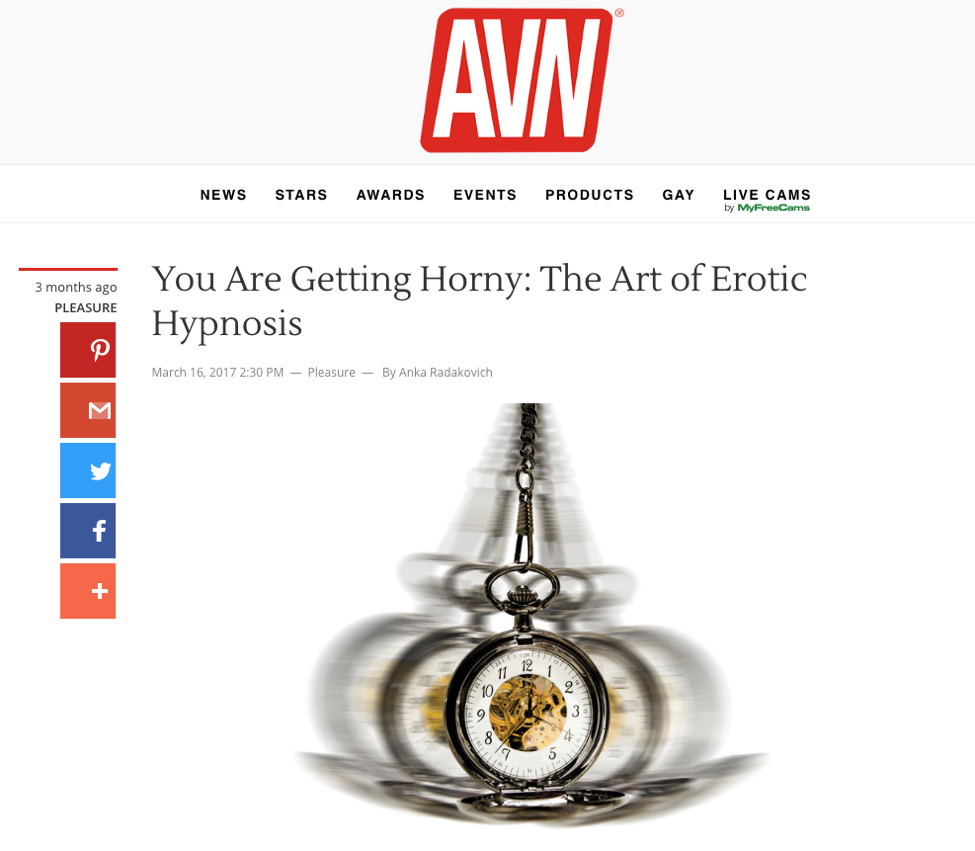 In the 1950s, Milton Erickson, an American psychiatrist who combined family therapy with hypnosis, developed his own approach known as “Ericksonian hypnotherapy,” which combined informal conversation with complex language combinations. Years later, the “PUAs,” or “Pick Up Artists,” modeled their “work” after his. They have deliberately corrupted the idea of strategic mind control to get laid, which is theoretically genius, if you’re a creepy guy. It’s perfect for dorks who would rather hypnotize someone than learn how to charm them.

Sex therapists use hypnosis in couples counseling to heighten sexual awareness and reduce performance problems, such as premature ejaculation, or trouble keeping it up for as long as he needs to. Dr. Ava Cadell, author of Neuroloveology, and founder of the Loveology University, creates short hypnosis scripts for couples to read to each other.

“Stress and anxiety manifests itself as premature ejaculation,” she explains. “Anxiety creates release of adrenaline from the adrenal gland that constricts the blood vessels, including those that lead to the penis,” she says.